I could hardly feel my hands as I sat on the front of the group of 1600 racers plummeting down towards the first climb of what was sure to be a very long, hard day. 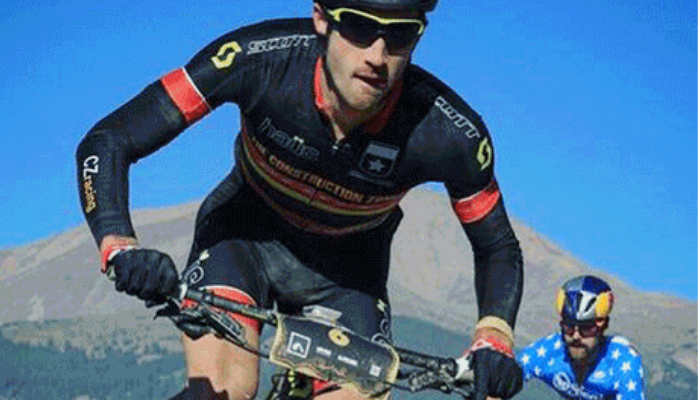 The Leadville 100 is a mountain bike race like nothing else. The energy and athletes that fill the sleepy mining town is unrivaled by any other mountain bike race in the world. This year was my 6th time taking on the 104 miles and 11,000ft of climbing.

When I first began racing mountain bikes in 2012 I jumped in and finished 72nd place, two years later; 11th. The following year I finished 7th place and ever since then the Leadville 100 has been something associated with my name. This race has helped define my career as a racer, but with that has come added pressure to perform at this iconic race. In 2016 I placed 7th again and in 2017 I went for a top 5, but blew myself up and crossed the line an unmotivating 24th place.

This winter as I planned my race schedule, I had left Leadville off the list. I was nervous to face another disappointing race and figured maybe a year off would help me to refocus. I’m not sure what happened, but after breaking my wrist in the spring I found myself motivated to get redemption. I got my cast off and began training hard, qualified for Leadville at the Silver Rush 50, and competed in other races that I knew would get me ready.

Before I knew it, race day arrived and I sat on the front line of the race like many times before, but feeling calmer and prepared than ever. I knew what it would take to have a great race, and I actually believed that I had what it took to do it.

In training, you prepare for moments like this. Sometimes I ride with no water or no Infinit and play around with what efforts I can sustain in those given situations. As the group began Columbine I didn’t panic, but instead just paid extra attention to how my body was feeling and riding smooth and steady.

On the first climb of the day, I rode smooth and simply followed the pace of the leaders. I felt remarkably comfortable and focused on breathing and drinking my Infinit. At 6:30 in the morning at 10,000ft it is always uncomfortably cold, and with the excitement of the day, many riders forget to eat and drink. My nutrition plan for the day was simple: 7 bottles of my Infinit Nutrition Custom blend, about 300 calories per bottle, and supplement with Infinit’s TripWire formula before the harder efforts. 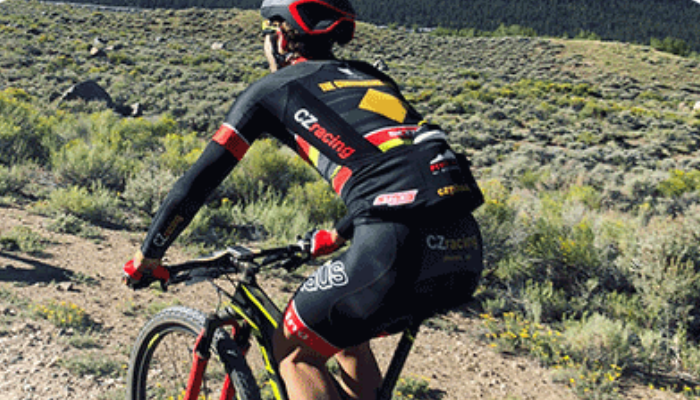 Over St. Kevins and onto the second climb, Sugarloaf, I stayed smooth, drafted and found myself in a front group of 5 descending the infamous Powerline descent. Making it down Powerline with the front group was the first big goal of the day. Stage 2 of the race: Sit in and focus on nutrition. The pace slowed in our group, allowing 8 or so other riders to re-join. I grabbed two fresh bottles of Infinit and before I knew it the group was at the second aid station and I was feeling fresh and ready to tackle Stage 3 of my race: Columbine, the 3,000ft climb up to the turnaround at 12,400ft. Unfortunately, there was some miscommunication and my coach and I missed getting me my bottles. I stayed calm and looked for someone handing off a spare water bottle. Nothing. I was faced with the decision of stopping and losing the group or riding the next 1.5 hours with the half-bottle I had left from the previous feed.

In training, you prepare for moments like this. Sometimes I ride with no water or no Infinit and play around with what efforts I can sustain in those given situations. As the group began Columbine I didn’t panic, but instead just paid extra attention to how my body was feeling and riding smooth and steady. As our group splintered from 13 down to 10, down to 5 I just kept reminding myself that I belonged in this select group. As we hit the steeper section of the climb, Howard, Payson, and Kristian surged a bit and instead of risking blowing up I just maintained my pace. Alban Lakata(Current Marathon World Champion) and I rode side by side about 40 seconds back of the lead 3. I knew that I needed to stay with him if I wanted any chance of seeing the front of the race again. I dug deep at the top of Columbine and we bombed down the descent past the endless train of racers cheering us on. 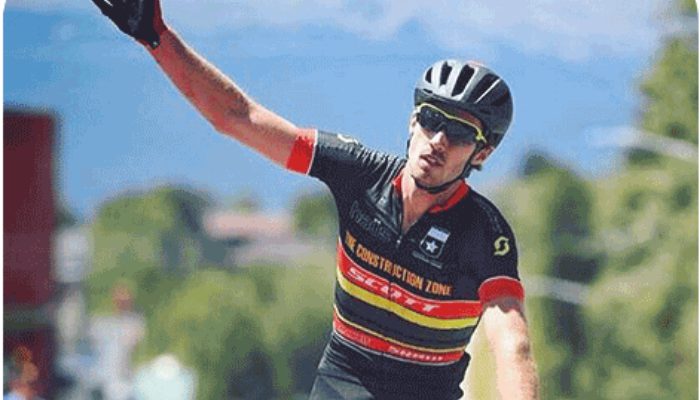 Down at the bottom of Columbine begins stage 4 of my race: Get with someone and work together. In this case, this person was Alban, probably the best person in the world to ride with in this situation. The feeling of riding behind the World Champion as we blazed through thousands of screaming people and friends was unbelievable. I read about this guy in magazines and watch him on TV. It was surreal. My coach was out there to give me 2 bottles, and I made sure to slow down and get both of them.

I was saving something and knew that I could dig deep one last time. On the last climb of the day with less than a mile to go, I shifted to a hard gear, closed my eyes and attacked as hard as I could hoping to break his will.

It felt like riding behind a motorcycle as Alban pulled me around the dirt roads of Leadville chasing the lead group only 30 seconds up the road. It took everything I had to sit on his wheel and at one point he looked back asking for help, but from a tactical standpoint, I knew that didn’t make any sense. I drank as much as I could, and just focused on staying glued to Albans wheel. A few times he dropped me on small punchy hills, but I dug unreasonably deep to get back on. Typically I’d say it isn’t smart to dig that deep mid-100 mile race, but I knew staying with him and getting that draft would be worth it with the miles and miles of flat roads ahead.

Soon we caught the lead 3 and the efforts of the day started to set in. Stage 5 began as we hit the base of Powerline. I knew I needed to let the group go and ride my own race to avoid blowing up and passing out on the side of the trail. I got two more bottles and downed some TripWire. I had no idea how far back the next rider was so I settled into a conservative pace and figured that if I got caught I would be able to battle with them until the finish. Up and over Powerline I felt better and better, but as I charged up the last climb I saw Jeremiah Bishop lurking in the distance. “Shoot, this is going to suck more than I hoped,” I thought. I picked up my pace but Jeremiah is an experienced racer and absolutely charged past me. I tried to stay with him, but before I knew it I was red-lined struggling to breathe and he was gone. 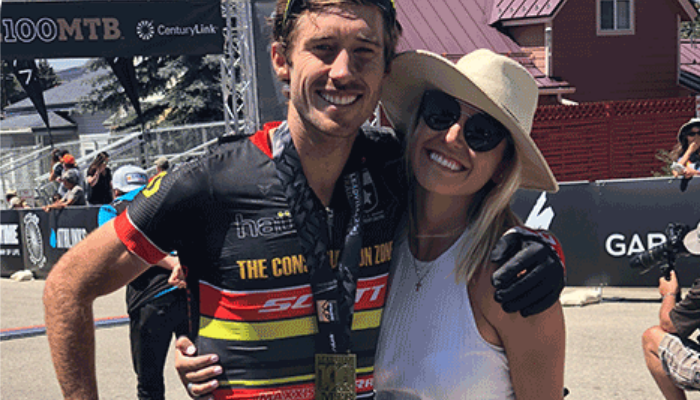 I caught my breath down St. Kevins descent but could see Alex Grant (who had been riding with Jeremiah) in my rear view mirror. My mental energy was just about zapped but the idea of getting 7th for the 3rd time made me cringe. Instead of riding 100 yards apart, I let him catch up. We chatted a bit and rode together up the Boulevard. I was saving something and knew that I could dig deep one last time. On the last climb of the day with less than a mile to go, I shifted to a hard gear, closed my eyes and attacked as hard as I could hoping to break his will. I looked back after 30 seconds to see that I had a gap. I was absolutely dying but just kept my head down and gave it everything.

At the top of 6th street, I could see the finish and knew that I had it. I gave a few more hard seconds and then began enjoying the moment. The emotions that creep in are inevitable. Seeing my fiancée Maddie at the finish and knowing that I put together my best race possible on that day was an incredible feeling. 6th place and a new PR of 6 hours and 39 minutes are exciting to see on paper, but overcoming those tough moments, executing my strategy, and the feelings that I experienced throughout the day are what makes this year's Leadville 100 so special to me.